China covers a large territory including many nationalities, hence a variety of Chinese food with different but fantastic and mouthwatering flavour. Since China's local dishes have their own typical characteristics, generally, Chinese food can be roughly divided into eight regional cuisines. Certainly, there are many other local cuisines that are famous, such as Beijing Cuisine and Shanghai Cuisine. 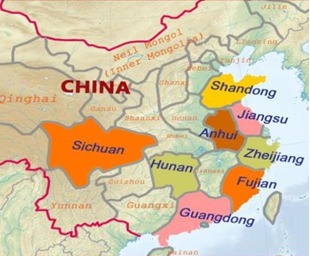 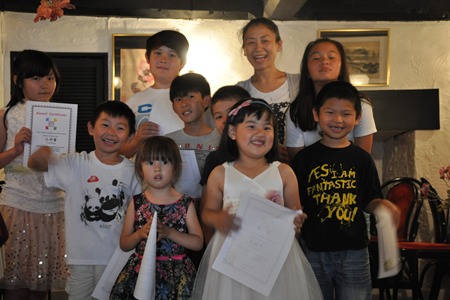 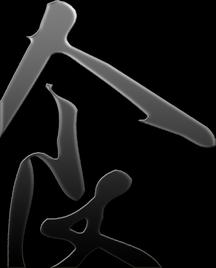 Andover Chinese Class Tycoons thriving Mandarin Chinese tutorial classes also operate from these premises equipped with state-of-the-art audio-visual teaching equipment. Currently ideal for younger candidates plans are now proceeding to also cater for more senior citizens, particularly when business travel is involved. Arrangement are also underway for gap year students, and the like, to continue their language studies and learn more of Chinese culture, with carefully selected institutions or families. It is interesting to note that there are currently 836 million Mandarin speakers worldwide and this figure is steadily rising due to the influence of television and the education culture. Mandarin Chinese is becoming of increasing importance in terms of trade, diplomacy and cultural exchange. In private and state schools in our Country schools are beginning to offer Mandarin as an optional subject. Witness a recent article by Sian Griffiths, Education Editor, The Sunday Times. “Today, girls, it’s double maths - in Mandarin”.

Consisting of Jinan cuisine and Jiaodong cuisine, Shandong cuisine, clear, pure and not greasy, is characterized by its emphasis on aroma, freshness, crispness and tenderness. Shallot and garlic are usually used as seasonings so Shangdong dishes tastes pungent usually. Soups are given much emphasis in Shangdong dishes. Thin soup features clear and fresh while creamy soup looks thick and tastes strong. Jinan cuisine is adept at deep-frying, grilling, frying and stir-frying while Jiaodong division is famous for cooking seafood with fresh and light taste.

Shandong is the birthplace of many famous ancient scholars such as Confucious and Mencius. And much of Shandong cuisine's history is as old as Confucious himself, making it the oldest existing major cuisine in China. But don't expect to gain more wisdom from a fortune cookie at a Shandong restaurant in the West since fortune cookies aren't even indigenous to China.

Shandong is a large peninsula surrounded by the sea to the East and the Yellow River meandering through the center. As a result, seafood is a major component of Shandong cuisine. Shandong's most famous dish is the Sweat and Sour Carp. A truly authentic Sweet and Sour Carp must come from the Yellow River. But with the current amount of pollution in the Yellow River, you would be better off if the carp was from elsewhere. Shandong dishes are mainly quick-fried, roasted, stir-fried or deep-fried. The dishes are mainly clear, fresh and fatty, perfect with Shandong's own famous beer, Qingdao Beer

Sichuan Cuisine, known often in the West as Szechuan Cuisine, is one of the most famous Chinese cuisines in the world. Characterized by its spicy and pungent flavor, Sichuan cuisine, prolific of tastes, emphasizes on the use of chili. Pepper and prickly ash also never fail to accompany, producing typical exciting tastes. Besides, garlic, ginger and fermented soybean are also used in the cooking process. Wild vegetables and animals are usually chosen as ingredients, while frying, frying without oil, pickling and braising are applied as basic cooking techniques. It cannot be said that one who does not experience Sichuan food ever reaches China.

If you eat Sichuan cuisine and find it too bland, then you are probably not eating authentic Sichuan cuisine. Chili peppers and prickly ash are used in many dishes, giving it a distinctively spicy taste, called ma in Chinese. It often leaves a slight numb sensation in the mouth. However, most peppers were brought to China from the Americas in the 18th century so you can thank global trade for much of Sichuan cuisine's excellence. Sichuan hot pots are perhaps the most famous hotpots in the world, most notably the Yuan Yang （mandarin duck） Hotpot half spicy and half clear.

Cantonese food originates from Guangdong, the southernmost province in China. The majority of overseas Chinese people are from Guangdong （Canton） so Cantonese is perhaps the most widely available Chinese regional cuisine outside of China.

Cantonese are known to have an adventurous palate, able to eat many different kinds of meats and vegetables. In fact, people in Northern China often say that Cantonese people will eat anything that flies except airplanes, anything that moves on the ground except trains, and anything that moves in the water except boats. This statement is far from the truth, but Cantonese food is easily one of the most diverse and richest cuisines in China. Many vegetables originate from other parts of the world. It doesn't use much spice, bringing out the natural flavor of the vegetables and meats.

Consisting of Fuzhou Cuisine, Quanzhou Cuisine and Xiamen Cuisine, Fujian Cuisine is distinguished for its choice seafood, beautiful color and magic taste of sweet, sour, salty and savory. The most distinct features are their "pickled taste".

Jiangsu Cuisine, also called Huaiyang Cuisine, is popular in the lower reach of the Yangtze River. Aquatics as the main ingredients, it stresses the freshness of materials. Its carving techniques are delicate, of which the melon carving technique is especially well known. Cooking techniques consist of stewing, braising, roasting, simmering, etc. The flavor of Huaiyang Cuisine is light, fresh and sweet and with delicate elegance. Jiangsu cuisine is well known for its careful selection of ingredients, its meticulous preparation methodology, and its not-too-spicy, not-too-bland taste. Since the seasons vary in climate considerably in Jiangsu, the cuisine also varies throughout the year. If the flavor is strong, it isn't too heavy; if light, not too bland.

Comprising local cuisines of Hangzhou, Ningbo and Shaoxing, Zhejiang Cuisine, not greasy, wins its reputation for freshness, tenderness, softness, smoothness of its dishes with mellow fragrance. Hangzhou Cuisine is the most famous one among the three.

Hunan cuisine consists of local Cuisines of Xiangjiang Region, Dongting Lake and Xiangxi coteau. It characterizes itself by thick and pungent flavor. Chili, pepper and shallot are usually necessaries in this division.

Anhui Cuisine chefs focus much more attention on the temperature in cooking and are good at braising and stewing. Often hams will be added to improve taste and sugar candy added to gain  ​